'Distance' - this was a sign on the weir over the Thames. It shows to me how much everyday life, even the simple act of walking along a path with other people now has to be done under the guidelines.

'Smile' - saw this in Iffley Village, Oxfordshire. Keeping up our mental wellbeing and positive attitude.

'Pavement' - when queuing for a shop we are made to stand in boxes marked out on the pavement 2m apart. This was one from outside the Tescos on Abingdon Road.

'Rainbow' - these are everywhere. In the first few days children locked down drew pictures of rainbows and put them in their windows. This was chalked on the wall at New Hinksey School, presumably by bored children still at school (parents must have been key workers).

'Bus Stop' - there has been unanimous support for the NHS but also occasionally an anger at the cutbacks they have had to suffer over the past 10 years due to 'austerity'.

'Pharmacy' - this was outside our local pharmacy on Abingdon Road. I spoke to the pharmacist who said they were getting warnings from the Government as to when to stay open (expected peaks). This was taken on Maunday Thursday and he had been told to stay open Good Friday and Easter Monday if he could. 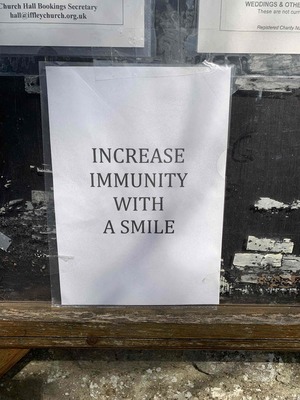 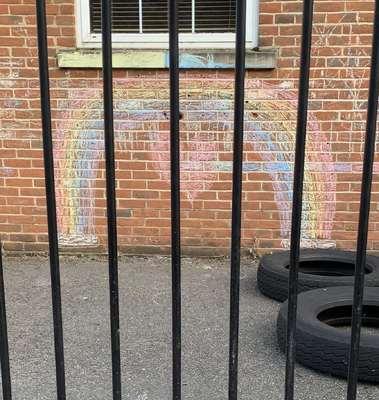 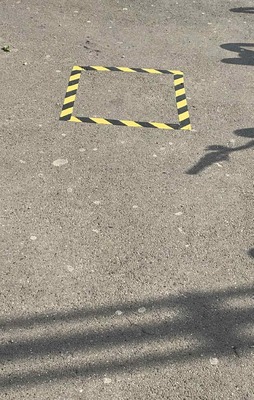 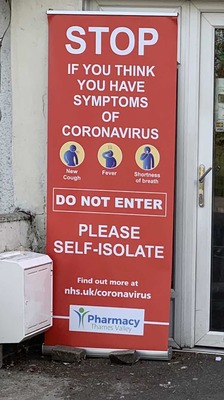 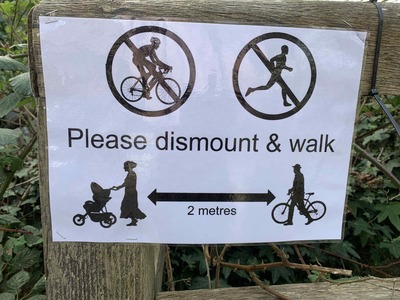